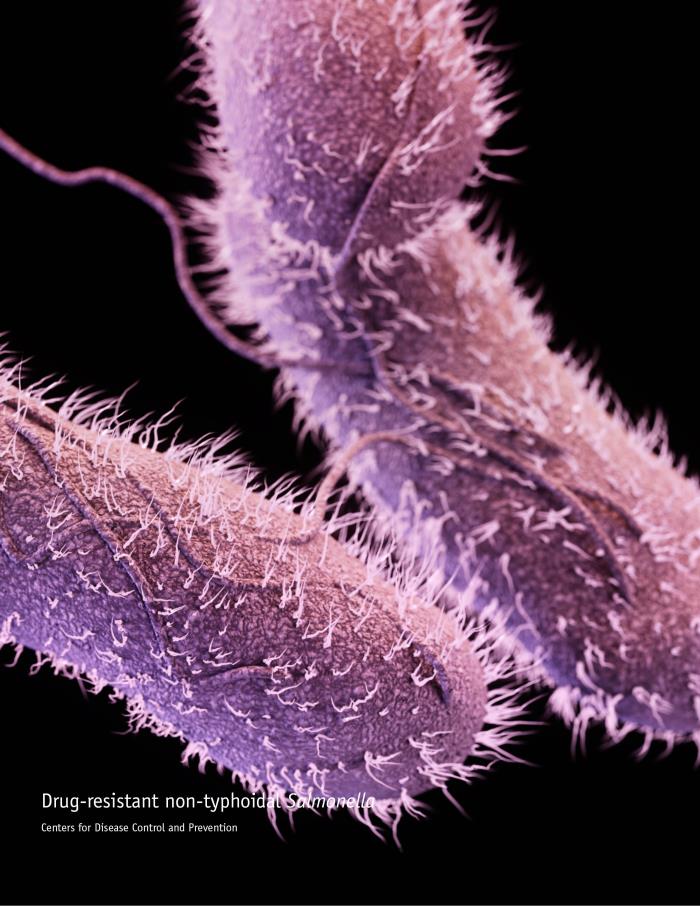 This illustration depicts a three-dimensional (3D) computer-generated image of three drug-resistant non-typhoidal Salmonella bacteria. Of note, are the organisms’ peritrichous flagella, i.e., flagella protruding in all directions from the cell wall, and the numerous fimbriae, imparting a furry look to its exterior.

Non-typhoidal Salmonella (serotypes other than Typhi, Paratyphi A, Paratyphi B, and Paratyphi C) usually causes diarrhea (sometimes bloody), fever, and abdominal cramps. Some infections spread to the blood and can have life-threatening complications.